For your reading displeasure:

October is almost up but that doesn't mean I can't burden you with more posts. Here's a look at what horrors escaped the Valancrypt this month. And by the smell of it, things will only get worse as we scratch our way closer to the biggest horror of the year: DECEMBER! 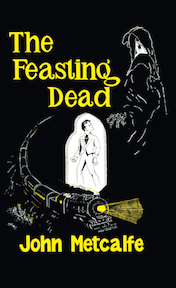 Perfect reading for an October evening, when the air is chilly and night comes early: John Metcalfe's THE FEASTING DEAD (1954). The unjustly neglected Metcalfe (1891-1965) has been praised by T.E.D. Klein, E.F. Bleiler, Brian Stableford, and others, but his creepiest novella, first published by the legendary Arkham House, has been long unavailable with used copies selling for over $100. As a chilling tale of the supernatural, it ranks with 'The Turn of the Screw' and the best of M.R. James and L.P. Hartley -- not to be missed! Check it out here: http://www.valancourtbooks.com/the-feasting-dead-1954.html

Now available! Perfect Halloween reading for fans of classic horror or vintage pulp fiction: Franklin Gregory's THE WHITE WOLF, first published in 1941, which was a good year for werewolves: it also gave us the Universal film The Wolf Man. THE WHITE WOLF got rave reviews from contemporary critics and has also been praised by modern-day horror scholars as considerably ahead of its time. Read more here: http://www.valancourtbooks.com/the-white-wolf-1941.html (and get the e-book for $2 off, if purchased directly from us!) 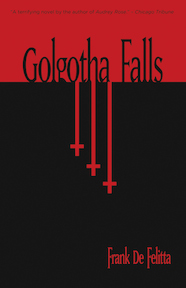 More Halloween Horror! Frank De Felitta's Audrey Rose (1975) and The Entity (1978) were multi-million copy bestsellers that were adapted for hit Hollywood films. For some reason, GOLGOTHA FALLS (1984) didn't get a film version, and it's hard to imagine why not. The plot involves a deconsecrated church in rural Massachusetts, which a saintly priest has come to exorcise and two paranormal experts from Harvard have come to study. It's all-out weirdness as supernatural events ensue that may signal Satan is using the church as a portal to bring about the End of Days! Read more here: http://www.valancourtbooks.com/golgotha-falls-1984.html featuring Lorenzo Princi's new art! 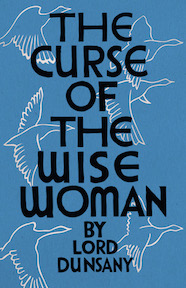 We've kept this one pretty hush-hush but can now announce as coming very soon Lord Dunsany's THE CURSE OF THE WISE WOMAN (1933), with a new introduction by Mark Valentine. One of the great fantasy authors of the 20th century, Dunsany has been acknowledged as an influence by everyone from H.P. Lovecraft to Neil Gaiman and Guillermo Del Toro. This is one of our very favorite books this year, and it's been long out of print and hard to find, so we're excited to be able to reissue it! More on the book and Dunsany here: http://www.valancourtbooks.com/the-curse-of-the-wise-woman-1933.html

That was painful. Stay tuned for more.