The Curse of the Wise Woman by Lord Dunsany 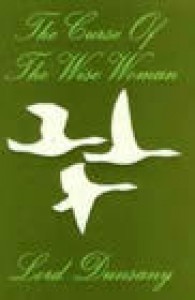 I wouldn't exactly call this book horror. It doesn't neatly fit into any category other than environmentalism. I liked it anyway!

A teenager whose father goes on the run, (From the mafia? From politicians?) becomes the manager of his family's estates. Finding himself in charge, he soon indulges in his favorite pastime of hunting. As the tale progresses, his hunting grounds become the target of Progress. Will his friend's mother be able to hold it off? She is known as a "Wise Woman", (read: Witch) after all, and she vows to stop it.

Who knew that environmentalism was a thing in the 30's? I'm not sure it was a thing, other than the observations, often witty, made in this story.

Quote: "How would some townsman feel who loved his city, and knew that a band of farmers with their ploughs threatened his very pavements and would tear his high buildings down? As he would feel, fearing that turnips would thrive where his busses ran, so I felt and feared for Lisronagh."

These observations brought this story alive for me. In spite of the fact that I do not care for hunting, there are several hunt scenes in this book that did not bother me. (In fact the fox hunt was kind of exciting!) Probably because the animals hunted were valued and utilized, not just tossed aside when the hunt was over.

What prevents me from showing all the love for this story, was the wordiness of it. I'm not the kind of reader that loves page after page of descriptive passages about scenery. There is a bit of that here, but it's not as involved as some gothic novels I've read- The Mysteries of Udolpho, for instance. I feel like I have to mention this, because it may interfere with other reader's enjoyment of the story.

Overall, this book turned out nothing like I expected. Will our young hero and his friend's mother be able to do anything to stop Progress?

Quote: "No teaching could make me care for these strangers as I loved this wild land, and all the grief of which a boy is capable was darkening now round my heart, when I thought of the bog about to be partly spoiled and partly to be cut altogether away."

You will have to read this book to find out.

Recommended for fans of gothic novels!

I received a free copy of this book from Valancourt Books, in exchange for an honest review. This is it!