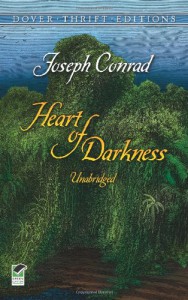 I listened to this audiobook on Audible and loved every minute of it.

Back in college at UT (Austin) I was in a Shakespeare class and we were lucky enough to have members of the Royal Shakespeare company come to our class and perform, play music, and answer our inane questions about all things Elizabethan.  First off, it was a good deal of fun.  Second, it was like a window was opened, blinds were raised, and fresh air and light flooded what was a very dark and still room.  Let’s face it, Shakespeare is difficult, especially if you are just reading him—after all, they are plays, not novels, and meant to be seen.  The play, in this case Lear, suddenly came alive and, for myself at least, I can say that I felt that I was experiencing Shakespeare for the first time.

Through the artistry of those marvelous actors, I appreciated the drama, the emotion, and in many cases the absolutely hilarious lines of plays which for me before had always been interesting and beautiful but not alive.  Just like a great musician with his or her talent will bring out unnoticed melodies in well known tunes, a great actor can bring out nuances in a character that you don’t get from just the printed page.  They were there all along, but the three dimensional portrayal really allows that character to bloom.

It was certainly like this with Kenneth Branaugh’s reading of Heart of Darkness.  I immediately looked for other books narrated by him.  Actually, “narrated” is such a shallow word for what Branaugh brings to the performance.  Yes, performance is a much better word.   For several days in my car on my way to and from work, I was immersed in deep, dark, Africa and the horror of British colonization and Branaugh’s masterful performance that brought out the beautiful horror and depth of Conrad’s often difficult masterpiece, but also the humor and wit that was Conrad’s signature style that can be lost in a purely text format.  Branaugh, just like those RSC actors, threw open the windows, raised the blinds and flooded light that illuminated this classic in all of its depth, profundity, and sympathy and emotional impact.  I felt that I was experiencing this classic for the first time.

5 stars for Conrad’s genius and another 5 for Branaugh’s masterful performance.