Stories of the Strange and Sinister (1983) by Frank Baker

First published in 1983 and long unavailable, STORIES OF THE STRANGE AND SINISTER collects ten of Baker’s short stories and displays the versatility of his work. The original edition is hard to come by and prices for used copies have ranged from $75 up to several hundred over the last few years. We're pleased to make this available again! 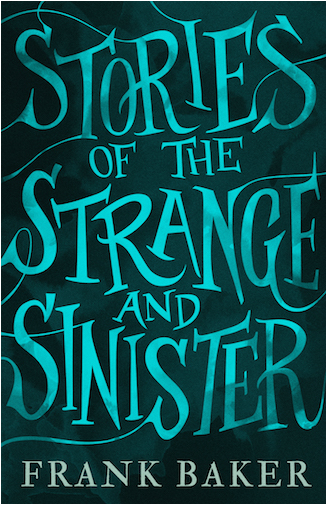 Sadly neglected today, Frank Baker (1908-1983) was an intriguing and highly original author of fantasy and horror fiction, best known for his post-apocalyptic novel of an avian attack, The Birds (1936), which may have been an influence on Hitchcock’s film, and Miss Hargreaves (1940), a classic in which two young men invent a story about an unusual old woman only to discover that they have actually brought her to life.

Included are wonderfully macabre tales like ‘The Chocolate Box’, in which a discarded box found on a Cornish moor contains a gruesome surprise, and ‘In the Steam Room’, where a man enjoying a sauna believes he glimpses a horrible event through the steam, as well as more subtle tales of the fantastic like ‘My Lady Sweet, Arise’, in which a woman’s compulsion to sing ends with strange consequences, and ‘Quintin Claribel’, the story of a rude young man who must – quite literally – eat his words. This first-ever republication includes a new introduction by R. B. Russell. Frank Baker’s The Birds is also available from Valancourt.

‘Frank Baker is an unusual and appealing writer, at times quite similar to that grandmaster of the supernatural, Arthur Machen.’ - Michael Dirda, Washington Post

‘Baker’s work contains some of the more memorable treatments and interpretations of ... supernatural themes.’ - Encyclopedia of Fantasy