Last night I got to meet both Grim and Libromancer's Apprentice at an author event held at a local library. What fun!

This means I also got to meet Scott Lynch, (author of The Lies of Locke Lamora, Gentlemen Bastard Series #1), and Elizabeth Bear, (author of a whole bunch of stuff!). They're a married couple and just so cute together. They were both also very generous with their time and answered all of our questions. I'm so glad that I went!

I have to admit to being slightly nervous as I've not met anyone from Booklikes before, but it all went swimmingly. Grim and Libromancer's Apprentice were both as nice in person as they are on line and Grim even brought me books and made cookies! I let her know beforehand that my kitties might not warm up to her, so she brought them a kitty wind-up toy filled with catnip. She was able to pet them both before the night was out, which is unheard of! (They were both adopted and even though we've had them since January, they are still jumpy around strangers.)

As I said, I was very nervous about the whole night but everything turned out great! Grim and LA-it was a pleasure meeting you both and I hope we can get together again sometime in the future. :) 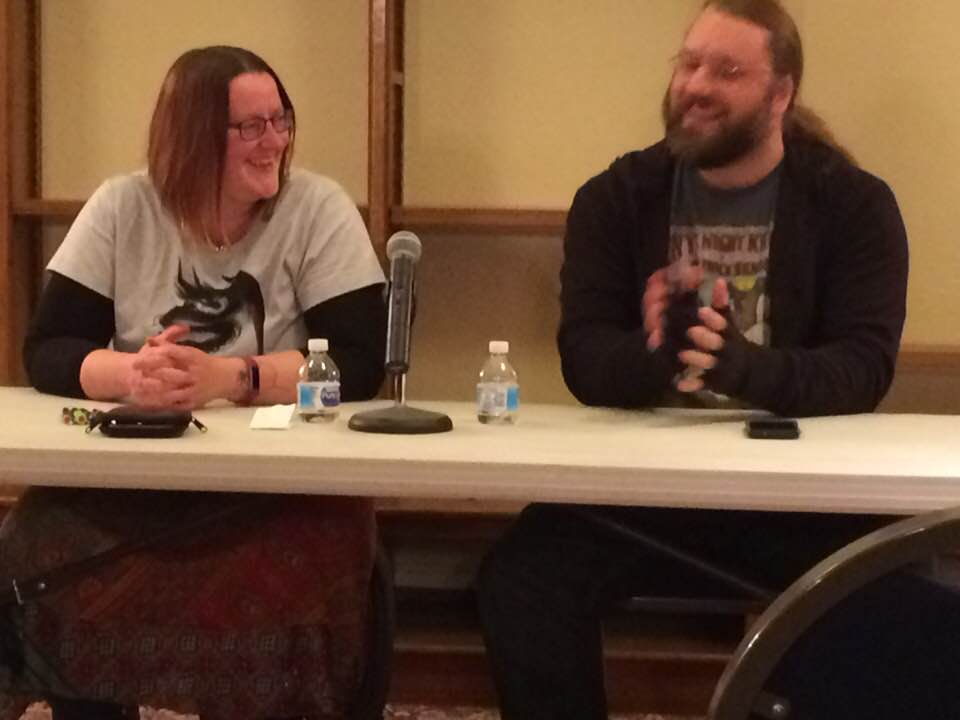