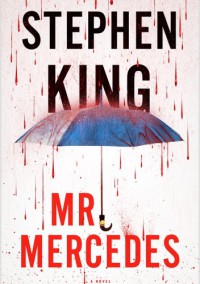 Stephen King does it again! What do I mean by that? Let me tell you.

The reason I love Mr. King is because of his characters. I believe that his characterizations are what makes his books so special and popular. This book is no exception. We have Bill Hodges, retired police detective. (Det. Ret.!) We have a horribly warped young man in Brady. We have a wonderful young man in Jerome, and a few other memorable characters like Holly, a middle-aged woman with severe OCD and other issues, like her bitchy, money hungry mother.

So, why only 4 stars you ask? It's because I found the plot to be unbelievable in one certain aspect. With certain writers or books, I can overlook this (see Animosity, by James Newman), but in this book, I could not. To me, it was just too far out of the realm of possibility that certain steps were not taken.

That's really the only problem I had with this novel. I found it to be a lot of fun, well paced, and it had an excellent ending. Stephen King doesn't have to write horror to write a great book and this book proves that, once again. Recommended to fans of mysteries, and of course, to fans of Stephen King.